Kahmiris on both sides of the Line of control, in Pakistan and other parts of the world will observe Martyrs’ Week from Tuesday on the call of All Parties Hurriyat Conference.

As per the calendar issued by the All Parties Hurriyet Conference protest rallies and processions shall be organized and pro-freedom banners and placards to be displayed on Wednesday.

Martyrdom anniversary of popular youth leader, Burhan Wani, and his associates will be observed on Thursday. APHC has also given a call for marches towards Tral, the native town of Burhan Wani, on this occasion.

The APHC has called for complete shutdown in Indian illegaly occupied Jammu and Kashmir during three days.

Meanwhile, posters appeared for the third consecutive day, today, in the territory paying tributes to Burhan Muzaffar Wani and other martyrs.

In their statements issued in Srinagar, Hurriyat leader Muhammad Yusuf Naqash of Jammu and Kashmir National Front has condemned the fresh killing spree unleashed by the Indian forces in the territory.

Meanwhile, in a bid to prevent Kashmiri Muslims from sacrificing animals on coming Eidul Azha and advance its Hindutva agenda in Muslim dominated occupied Jammu and Kashmir, the Modi led fascist Indian government arrested 20 people on the charge of transporting sacrificial animals to the Kashmir valley. 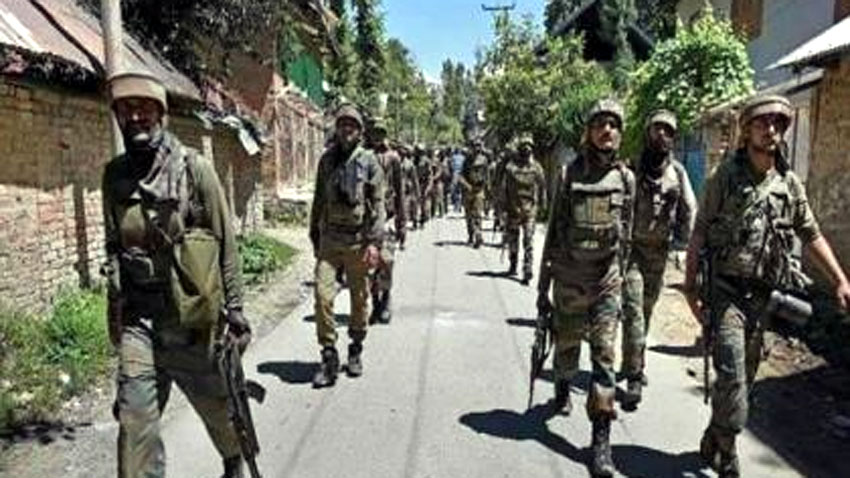