Dr. Salman Shah (Advisor to Punjab Government): The new budget is people-friendly, growth-oriented and business-promoter. Main priority of the government is to harness the potential of the people and uplift them from poverty. It also seeks to utilize people’s abilities in the country's development. The government is providing targeted subsidies on basic commodities, low cost houses, SMEs and is also providing loans to people to start businesses. For business community, government has suggested incentives for increasing investment in development projects. Moreover, certain reforms will be made in FBR. The harassment from FBR will have to stop so that businessmen can carry out business activities without fear. Large scale public private partnership programs will be initiated in the next fiscal. Moreover, there will be tax reforms which will reduce tax rates in order to bring more people into the tax fold. It will increase the tax net quite substantially.

Syed Fakhar Imam (Federal Minister for National Food Security): The new budget is aimed at increasing growth rate in the coming years and facilitating low-income people. The agricultural sector along with housing has also been given special focus in this budget. People can improve their living standards and quality of life. Kisan cards will be issued to the farmers and the amount will directly be credited to their accounts without involvement of the middleman. Subsidies on different commodities have also been suggested in the budget. Overall, the budget presented by Federal Minister Shaukat Tarin is a people-friendly budget. The funds have also been allocated to uplift exports and IT sector which is a positive development. More job opportunities will be created in different sectors and technical training will be provided to the youth. We will witness a paradigm shift with an optimistic outlook in the current budget as compared to budgets presented in the past. The approach to enhance growth reflects in this year's budget.

Tauseef Zaman (Former Vice President, Islamabad Chamber of Commerce and Industry): The budget presented by the incumbent government is completely different from the conventional budgets presented by the previous governments. It will be landmark as the government has made out of the box decisions in the current budget. We must be thankful to the government as it has granted waivers on a number of commodities. No new tax has been imposed. The main sectors targeted by the government are tourism, IT, agriculture, industrialization, and exports. Moreover, the government also provided a waiver on custom duties on automobiles less than 850cc. It will facilitate a number of families. Industrial growth rate last year was 9% but the government has provided a waiver on duties on import of raw material that will boost the local production and industrial growth. Moreover, minimum wage will be Rs. 20,000 and the government suggested an increase of 10 percent in pensions. Pakistan earned huge revenues by exporting JF-17 Thunders and many orders are still in pipeline. This year, we have witnessed bumper crops. I would like to suggest the government to convert wheat and sugar into industry. By doing this, the issues of subsidy on these products will be settled and they will be available in markets at cheaper rates. 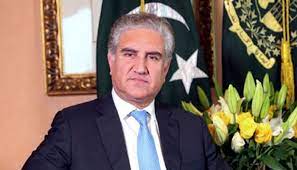