World must take notice of human rights abuses in IIOJK Syed Fakhar Imam, Federal Minister:India through its illegal and unilateral actions of 5 August 2019 and continuing gross and systematic human rights violations in the occupied territory has vitiated the environment. IIOJK has become a military zone in the region. Kashmir issue should be resolved according to UNSC resolutions as peace and stability in the region only lies in resolution of Kashmir issue.  India is continuing human rights violations in IIOJK. Human rights organizations should take strict measures to stop India to end atrocities in occupied territory. India’s so called secular face has been exposed to the world.

Lt. Gen. Retd. Raza Muhammad Khan (Defense Analyst):Modi-led government’s policies have put the democratic status of India at stake. These policies are especially against minorities and Muslims are facing the brunt. Pressure has started mounting on India to reverse these policies. India revoked the essential articles that granted an independent status to state of Kashmir. Only a permanent and durable solution to Kashmir issue could lead to peace and prosperity in South Asia. International human rights organizations including Amnesty International and Human Rights Watch have consistently been raising their voice against human rights abuses in IIOJ&K and world public opinion is also realizing the sensitivity of the situation. On the domestic front, Indian government is also facing criticism for spying on its own people.

Dr Ejaz Ahmad (Environmental Consultant): Government has allocated huge amount on projects to mitigate the impacts of global warming and climate change. Pakistan is among top ten countries that are facing severe effects of environmental degradation. We need lot of support in form of human resource as well as finances. Projects like Ten Billion Tree Tsunami programme, Clean and Green Pakistan will help improve environmental rehabilitation. 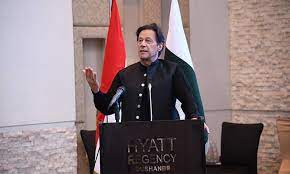 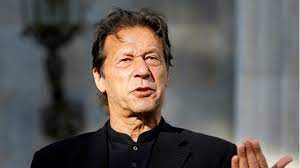