In Indian Illegally Occupied Jammu and Kashmir, Hurriyat leadership including Hurriyat forum led by Mirwaiz Umar Farooq has called upon India and Pakistan to address the core issue of Jammu and Kashmir as per aspirations of Kashmiri people in the interest of sustainable peace in the entire South Asian region.

In their separate statements, Hurriyat leaders said that the Kashmiris would continue to face bloodshed till the dispute is resolved in its historical perspective.

Meanwhile, posters reading slogans like "Pakistan Zindabad" and "Kashmir Banay Ga Pakistan" appeared in Srinagar and other parts of the Kashmir valley.

On the other hand, the health of Chairman of Tehreek-e-Hurriyat Jammu and Kashmir Muhammad Ashraf Sehrai, facing illegal detention since last year, has deteriorated sharply at Udhampur jail in Jammu region.

An analytical report revealed that the miseries of Kashmiris at the hands of Indian occupational forces have increased manifold under Modi-led fascist Indian government. 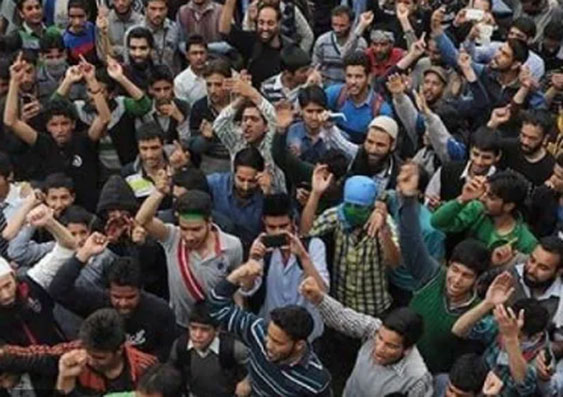