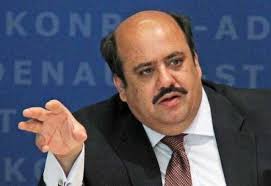 Dr. Zafar Nawaz Jaspal (IR Expert): Pakistan is effectively highlighting Indian policies, its human rights abuses in Indian Illegally Occupied Jammu and Kashmir and attitude towards minorities at the United Nations. Narrative of Pakistan is being acknowledged by the civilized world. The priorities of newly elected US President Joe Biden may have human rights and Kashmir issue in agenda. But it is also a fact that every country prefers its national interests. Therefore, there should not be much expectation from the United States. Pakistan, at its end, gave a befitting and mature response to Indian aggression two years back. The response of Pakistan also exposed the Indian capability of waging conventional war. Pakistan is far better than India as far as its armed forces and nuclear assets are concerned. The popularity graph of Narendra Modi is declining day by day. The Indian government must attend to its internal affairs rather than harboring regional hegemonic aspirations. The protests of Indian farmers against Modi's draconian policies are also becoming a headache for the New Delhi government. Pakistan is a responsible nuclear state and its nuclear assets are for self-defense. Pakistan should adopt a pro-active approach in the follow up of the dossier presented at international forums, including the United Nations.