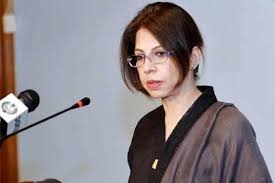 Tasneem Aslam (Former Ambassador): Pakistan and Sri Lanka have been enjoying cordial relations for the last many years. When Sri Lanka was fighting Indian backed terrorism, Pakistan stood by Colombo government and supported it to eradicate this menace. Sri Lanka is also an active member of SAARC and alongside Pakistan making it functional. China, an Asian heavyweight, is on path to become the next super power and is focused on bringing economic stability in the regional countries. Many countries, including Pakistan and Sri Lanka, are becoming part of Belt and Road Initiative of China. India because of its intransigence is becoming isolated in the world. New Delhi’s hegemonic designs have turned many regional countries against it. Once Pakistan was the only obstacle in India’s desire to dominate the region, but over the passage of time Bangladesh, Bhutan and others have also risen up against New Delhi’s ambitions. All the neighboring countries are well aware of Indian suppression, human rights abuses and violations of UN resolutions in IIOJ&K.