India has been violating all international laws relating to human rights 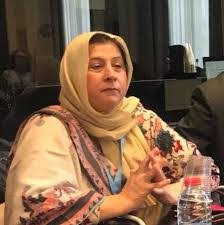 Shamim Shawl (Hurriyet Leader): Today is considered as Black Day in the history of Kashmir. On this tragic day in 1991, Indian forces used rape as weapon of war against Kashmiris. Indian forces raped women without any discrimination of age. Kashmiris are still under Indian military siege. We warmly welcome the statements of the civilized countries urging India to respect human rights in Indian Illegally Occupied Jammu and Kashmir. India has been violating all international laws relating to human rights. The present Indian government is trying to change the demography of the occupied valley by settling non-Kashmiris in the area. The BJP government is specifically targeting the Muslims. We, the Kashmiris, are thankful to Prime Minister Imran Khan for rendering unconditional support to Kashmir cause at all international forums. It is failure of the United Nations that it could not implement its own resolutions on Kashmir. This in turn encouraged India to commit massive human rights violations and atrocities in the occupied valley. The world powers have to realize that regional peace and stability is directly linked with the resolution of Kashmir dispute.