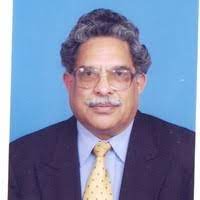 The strong relations between Pakistan and Russia will give new direction to regional politics. The world is now shifting from a brief Uni-Polar era to multi-polar scenario, allowing states to set new policies. In this regard, Pakistan and Russia have entered into a mutually-beneficial relationship, which is soon to set tone for regional geo-politics too. The Russia-Pakistan relationship, growing at a slow pace after the collapse of the Soviet Union, has acquired a certain momentum in recent years. Russia is particularly interested in Afghanistan due to its impact on security in the broader Central Asian region and also concerned about the threat of terrorism flowing into its borders via Central Asia, so Russia sees Pakistan as an important player in dealing with the evolving situation in Afghanistan. Russia can support in boosting Pakistan's economy as there is huge scope of cooperation between the two countries in diverse fields