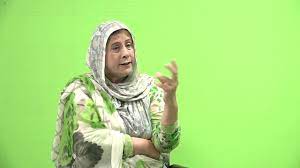 Shamim Shawl (Hurriyet Leader): The Indian-American civil rights organizations have once again exposed the fascist policies of BJP government in Indian Illegally Occupied Jammu and Kashmir. Several reports published by reputable international organizations have already pointed out the massive human rights violations committed by Indian forces in IIOJ&K. The journalists are not being allowed to report the actual situation in the held valley. The world must take notice of genocide of Kashmiris as Indian government is killing them for nothing. At the time when the entire world is fighting against the corona pandemic, Indian government is carrying out its anti-Muslim agenda in IIOJ&K and violating international laws.