Main sectors targeted by the government are tourism, IT, agriculture, industrialization, and exports 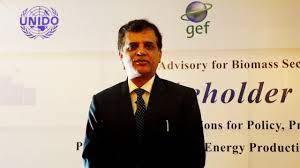 Tauseef Zaman (Former Vice President, Islamabad Chamber of Commerce and Industry): The budget presented by the incumbent government is completely different from the conventional budgets presented by the previous governments. It will be landmark as the government has made out of the box decisions in the current budget. We must be thankful to the government as it has granted waivers on a number of commodities. No new tax has been imposed. The main sectors targeted by the government are tourism, IT, agriculture, industrialization, and exports. Moreover, the government also provided a waiver on custom duties on automobiles less than 850cc. It will facilitate a number of families. Industrial growth rate last year was 9% but the government has provided a waiver on duties on import of raw material that will boost the local production and industrial growth. Moreover, minimum wage will be Rs. 20,000 and the government suggested an increase of 10 percent in pensions. Pakistan earned huge revenues by exporting JF-17 Thunders and many orders are still in pipeline. This year, we have witnessed bumper crops. I would like to suggest the government to convert wheat and sugar into industry. By doing this, the issues of subsidy on these products will be settled and they will be available in markets at cheaper rates.