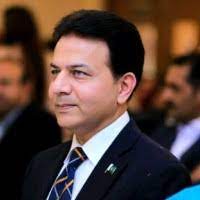 Abdullah Gul (IR Expert): It is a diplomatic victory for Pakistan that the world has started taking notice of Indian atrocities and the worst human rights violations in IIOJ&K. I congratulate the government of Pakistan, international media, Kashmiri Diaspora and Sikh community living abroad for taking a strong stance on Kashmir issue. The Indian position has weakened on the international front. India has emerged as violator of human rights and a state which openly sponsors terrorism. India has failed to malign Pakistan through fifth generation warfare. The international media has effectively exposed the worst Indian human rights violations in IIOJ&K. There are some sane vices within India taking jibe at Modi's inhuman policies. India is led by a murderer who is labeled as the butcher of Gujarat. The Modi regime is losing its control fast over IIOJ&K. Modi's India has become a failed state.