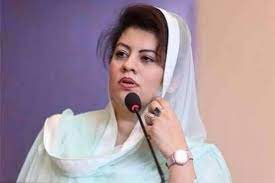 Kanwal Shauzab (Leader, PTI): I would like to congratulate the overseas Pakistanis as they have been given the right to vote by the incumbent government. It was a long-awaited dream of the overseas Pakistanis to have a say in national politics and the present government has made it possible. The overseas Pakistanis are well aware of the political system of Pakistan and can compare it with the system of the country they are living in and contribute to our politics through suggestions. Over nine million Pakistanis have been living in other countries and contributing to the economy through their remittances. Over 2.3 million Pakistanis will be eligible to vote in next elections. It was the principal stance of Prime Minister Imran Khan that there should be a transparent and technology-based electoral system in Pakistan. Moreover, the concept of EVM is not new. If we go through Election Act 2017 we find that all the opposition parties had agreed to this system. Initially, there were some issues in operations of EVMs but all the concerns have been resolved. The beneficiaries of the obsolete system do not want the use of EVMs in the next elections. No vote would be rejected and tampering is not possible with EVMs.