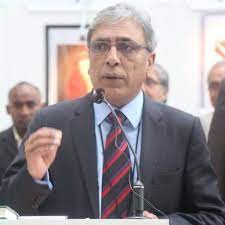 Ali Raza Syed (Chairman Kashmir Council EU, Brussels): The people of Kashmir are expecting more from the international community to get their inalienable right to self-determination. Whatever Narendra Modi is doing in Indian Illegally Occupied Jammu and Kashmir is a blatant violation of not only the international laws but also in negation of the UN charter. The Indian forces are committing massive genocide in the held valley. In 1950s, the international community itself promised through the UN resolutions that Kashmiris should be given their right to self-determination. Unfortunately, the present fascist Indian regime is following the policies of Nazism in IIOJ&K. The Indian efforts to change the demography of Kashmir valley are against its own constitution. The world community needs to come forward and play an active role for a peaceful resolution of this long-standing dispute. In the parliamentary session of the European Union, the top agenda was the Kashmir issue. The world must take measures to stop India from committing human rights violations in IIOJ&K. Kashmir dispute is the main bone of contention between the two nuclear powers and any escalation could result in an atomic war that will be a disaster for the entire globe. The Indian forces are keeping the entire Hurriyet leadership behind the prison. The young Kashmiris are being arrested and taken to undisclosed places. But despite all these cruel tactics, the Indian government cannot suppress the determination of Kashmiri people to get their right of plebiscite.