Government has decided to import 450,000 metric tonnes of wheat from Russia in order to ensure food security 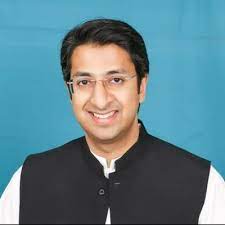 Rana Ihsaan Afzal (SAPM): The government has decided to import 450,000 metric tonnes of wheat from Russia in order to ensure food security and maintain strategic reserves of commodities in the country. It does not mean that we have a shortage of wheat or other commodities in the country. Rather, it is a precautionary measure to avert any untoward situation. Another development is that this wheat will be imported at Gawadar Port. Top quality wheat is being imported at much cheaper rates. The Minister of State for Petroleum Musadik Malik has disclosed that Russia has agreed to provide crude oil and refined petroleum products including petrol and diesel to Pakistan at discounted rates. A Russian delegation is expected to visit Pakistan soon in order to finalize the agreements. The first cargo in this regard will start from January.