Minister for Planning and Development Asad Umar says the government has decided in principle to reduce the edible oil price by forty-five to fifty rupees per kilogram.

Addressing a news conference in Islamabad on Monday, he said this will be achieved by reducing taxes on the edible oil. Sales tax on edible oil will be cut from seventeen percent to 8.50 percent, customs duty per ton to be halved and additional customs duty will be abolished.

Asad Umar said a program has been prepared to extend targeted subsidy on essential commodities to the marginalized segments of the society.  He said Prime Minister Imran Khan will share details of this program in the next few days whilst benefit of this program will start reaching the people by the end of next month.

The Minister for Planning said the government has also substantially reduced taxes on petroleum products in order to pass on minimum impact of their increase in the world market.

He pointed out that crude oil prices witnessed an increase of 81.55 percent over the last twelve months in the global market whilst in Pakistan, the prices were only enhanced by 17.55 percent.

On petrol, he said, we have reduced GST from seventeen percent to 6.8 percent and the Petroleum Development Levy from thirty rupees to 5.62 rupees per liter.

Asad Umar said the sales tax on diesel has been reduced from seventeen percent to 10.03 percent and the petroleum development levy from thirty rupees to 5.14 rupees per liter. 'Country's exports during last month increased by 33% to historic monthly high of $2.9b' Country's fiscal deficit narrows to 0.8% of GDP during first quarter of current FY 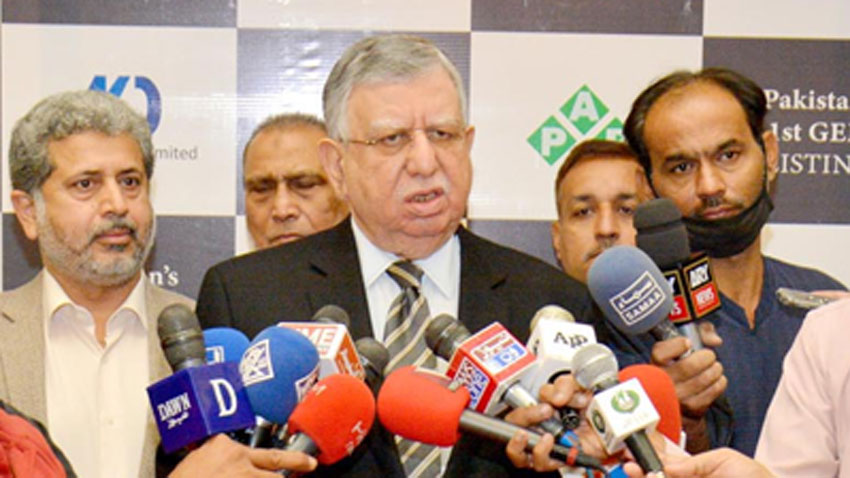