In Indian illegally occupied Jammu and Kashmir amid ongoing raids on political and social activists by the India’s Hindutva regime, New Delhi has decided to seal 100 more educational institutions and properties belonging to the Jamaat-e-Islami.

According to Kashmir Media Service, the decision is part of the crackdown operations unleashed by Indian Home Ministry led by Amit Shah and State Investigation Agency headed by RSS-inspired RR Swain on pro-freedom leaders and organizations in the occupied territory.

After freezing the Jamaat's bank accounts, New Delhi has started seizing its properties including schools and offices.

The All Parties Hurriyat Conference spokesman in a statement in Srinagar denounced the Indian government’s brutal decision saying Narendra Modi and Amit Shah are targeting the Jamaat-e-Islami for raising its genuine demand for right to self-determination of the Kashmiri people.

The spokesman such an inhuman decision could only be made by a fascist regime of Modi and Amit Shah.

The Jammu and Kashmir chapter of Congress President, Vikar Rasool Wani and other party leaders including Raman Balla addressing a rally at Basohli in Jammu questioned the BJP’s much-hyped achievements after abrogation of special status.

They said the BJP only snatched the dignity, status, rights, jobs and business opportunities from the locals after the August 2019’s actions. 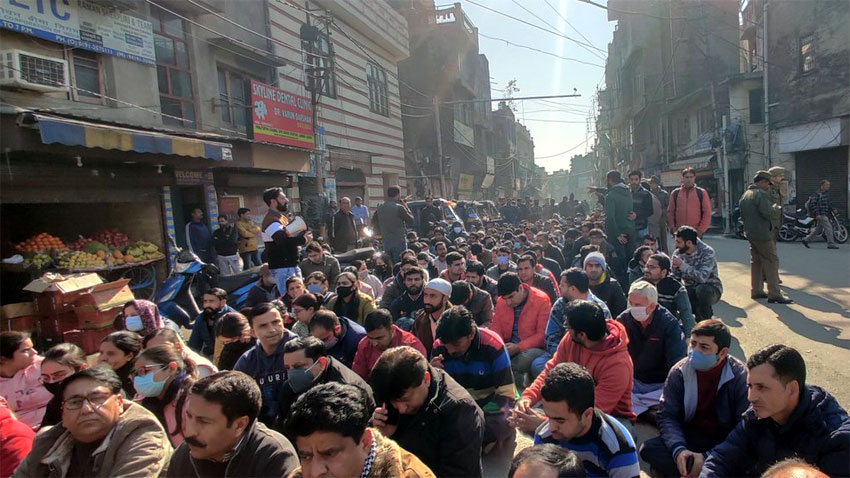